This is my profile as a toponymy researcher. For my professional and scientific pages, go here. 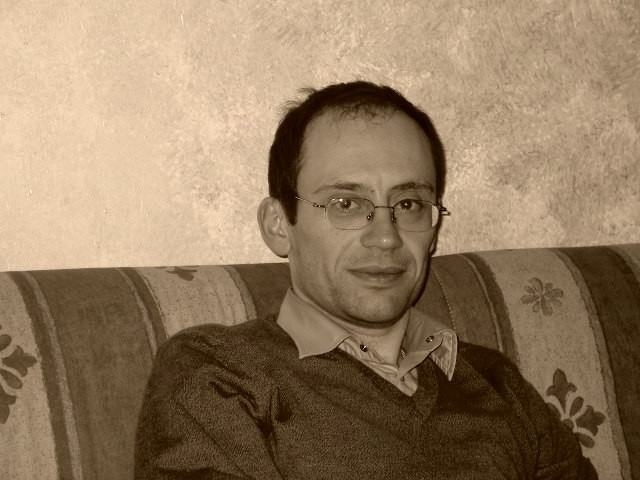 Hello, I am Antonio Sciarretta. I am from Ortona, a small city on the central Adriatic coast of Italy, in the region Abruzzi (italian Abruzzo). I work as a researcher in mechanical engineering. My specialization is in thermal machines and particularly in the control of powertrains. More spefically, my main current interest is in hybrid vehicles. I have a doctoral title (Ph.D.) from the UniversitÓ dell'Aquila, where I obtained also my Laurea degree (Master). Since 2006, I work at IFP, based in Rueil-Malmaison, France. I am also lecturer at the ETH-Z³rich, in the Switzerland, since 2001.

Besides my research expertise above, since several years I am interested in historical linguistics and particularly in toponymy, the study of place names and their origin. I began with reading books and glossaries. In 1994 I launched my personal research campaign on the Abruzzese Appennine toponymy (see my first section). I explored town after town, interviewing local people used to the mountain paths, asking them for place names in the local, dialectal form. Most of the thousands of place names collected do not appear in any publication, nor in the official Italian maps. In some cases, the place names had been previously recorded only in some "Italianized" form, very different from the original one, which did not allow for the reconstruction of the true name etymology. I published some material in two books, one on the massif of Maiella (you can buy it here) and the other on the natural reserve of Pettorano sul Gizio, plus some articles in a regional journal. Other minor writings are contained in one guide-books that I wrote as a co-author. However the largest fraction of the data collected was still unpublished and that is why I decided to put it on this site. I hope I will be able to eventually complete the duty. It is a very huge amount of stuff! Moreover, in this section I have put some material concerning the dialects of Abruzzi and central Italy in general. The related pages mainly deals with phonetic changes and they are based on my personal records and mainstream publications (linguistic atlases, books, etc.)

The second section is devoted to another exciting research field. The ancient toponymy. With that I mean the place names of Europe in the 1st millennium BC and before, as recorded in Greek and Latin sources. The aim of such thing is to reconstruct, for what is possible, the linguistic conditions in the Old Europe, particularly focusing on those peoples who probably disappeared before their language was ever recorded by the Greeks or the Romans. Therefore this research is strictly correlated to linguistics and, in particular, to indo-european studies. My first publication in this field is my 2010 book issued by a major Italian publisher, Ugo Mursia Editore

My professional and scientific pages. With a detailed CV and more stuff.

My genealogy page. See the results of my researches through the archives of my commune.

The feedback page of my site. See what people from all the world wrote to me about toponymy.

All my daily newspapers. See which newspapers from all over the world are in my collection.

Administrative geo-history of the Abruzzi. With several detailed historical maps.